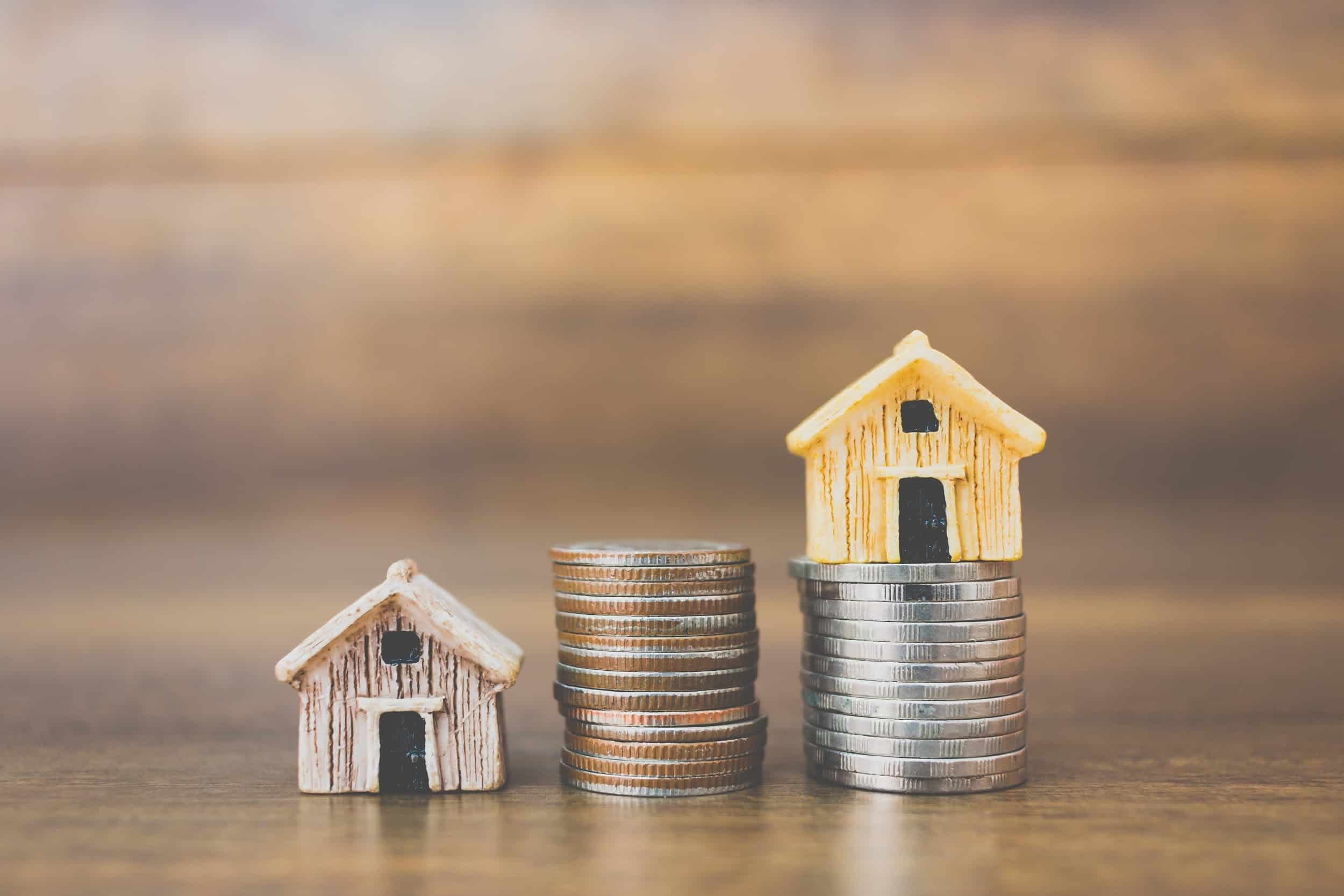 The most valuable asset most of us will ever own, properties are often considered one of the best investments we can make – provided the prices increase, of course.

With COVID-19, Brexit and the imminent end of the stamp duty holiday looming over us, it’s easy to be concerned about average house prices, but it’s important to remember that this is just a small part in what is an extremely long-term process.

With that in mind, we decided to take a look at the increase in average house prices across the UK over the last 40 years, and use that data to predict average property prices up until 2050.

What causes house prices to rise?

While there are things that homeowners can do to increase the value of their own home, such as decorating the interior, tidying up the exterior, or adding an extension; there are factors beyond our control that can impact house prices across the country as a whole.

Additionally, research by Which? indicates that Brexit is unlikely to affect the UK’s average house prices.

Instead, it’s the longer-term trends that will have a bigger impact. According to the Bank of England, if the economy is thriving, more people are in employment, and the more money banks are willing to lend for mortgages, the higher the average UK house price will be.

Another cause of rising house prices is an increase in demand – which is typically either caused by fewer houses being built, or by an increase in single-person households. 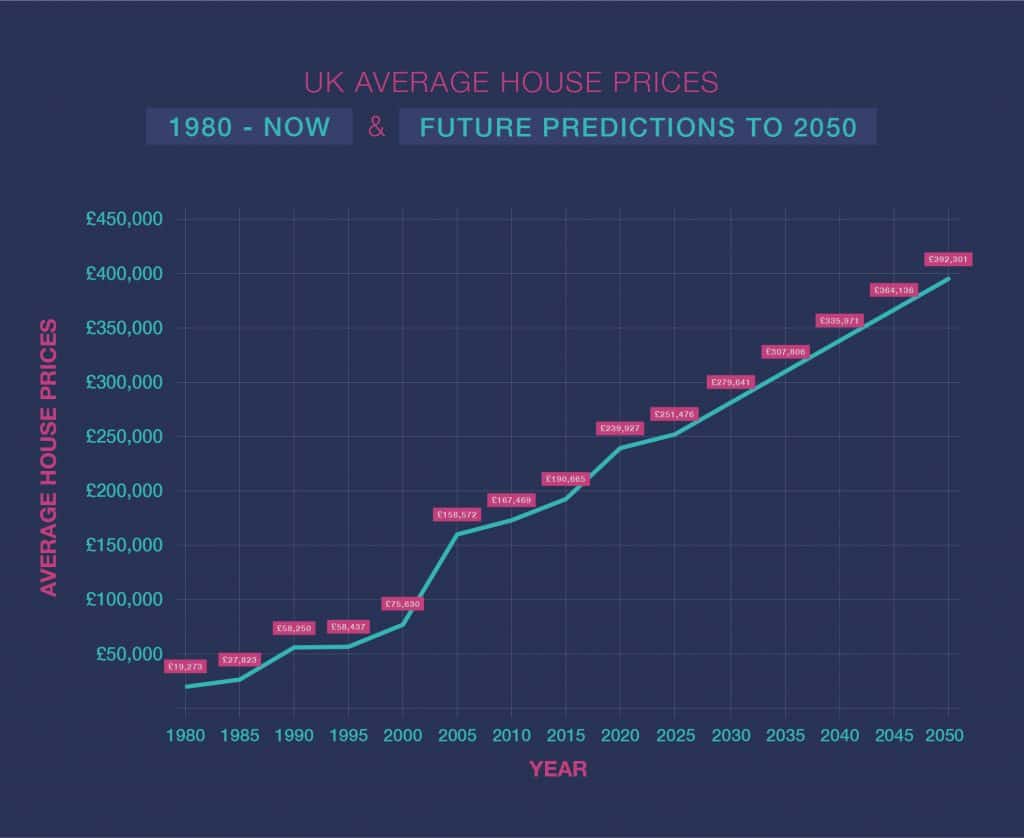 It’ll be interesting to see over the years if these forecast figures do turn into reality; but it will largely depend on factors such as the economy and supply and demand for housing. Nevertheless, getting onto the property ladder as a first-time buyer is extremely rewarding – as is selling your house for an increased value, enabling you to start an adventure in a new house.

If you’re in the process of putting your house on the market and want it to sell fast, then get in touch with us today, as we can help.

We sourced average house price data from 1980-2015 from Land Registry, and used The Guardian/Halifax for 2020 data.

To predict average house prices from 2025-2050, we took the current data we had, and used the linear forecast function in Microsoft Excel.