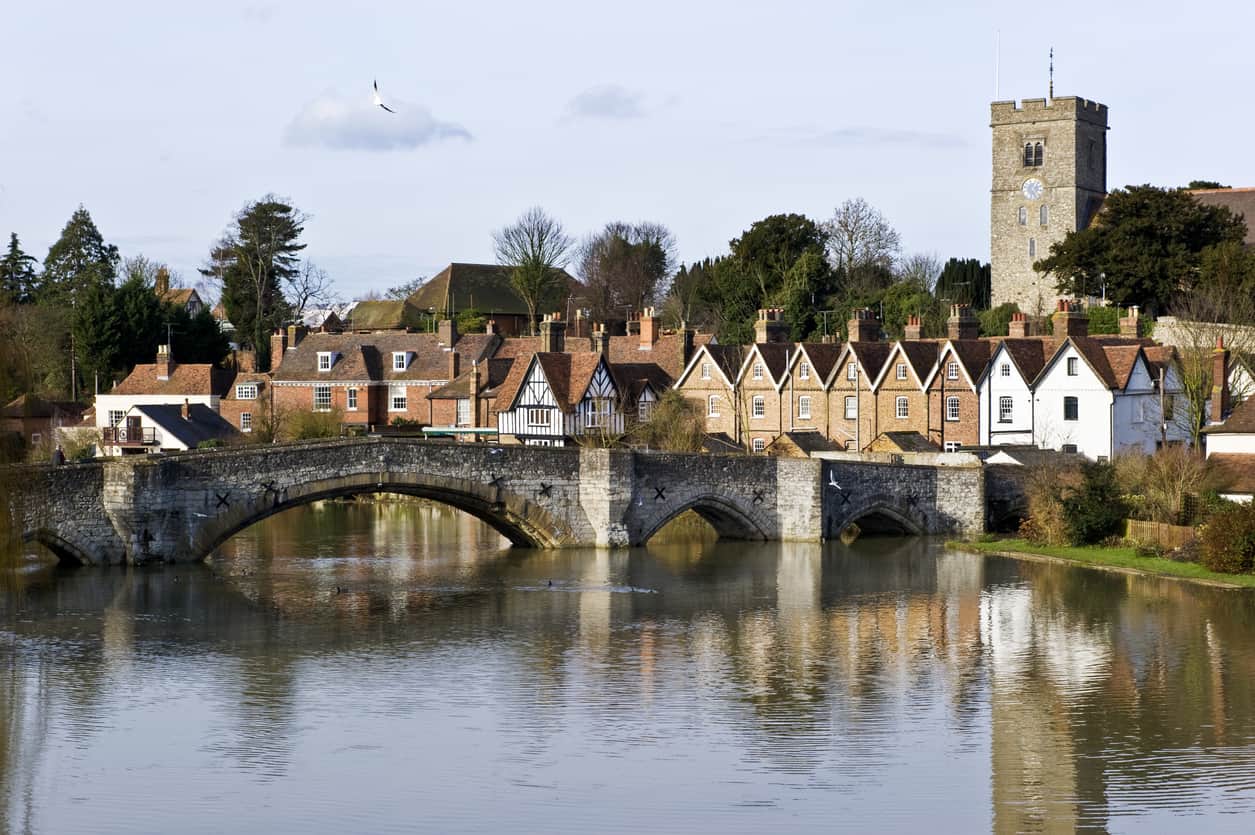 House prices are one of the most important factors when considering which area to move to. However, with values rising significantly over the last few decades, many Brits are finding themselves unable to afford houses in their ideal locations.

Our latest research has revealed the least affordable locations in England by comparing how much an area’s houses cost compared to its average wage.

Unsurprisingly, London is the nation’s least affordable place to live, with an average year’s wage coming in at under 8% of the typical house price. This is almost half the national average for this figure (14%).

The five least affordable UK locations to live in are:

For those who can’t afford to live in these areas but would like to be in a similar region, we have put together a guide of cheaper locations that are nearby and offer many of the same benefits.

With an average house price of £246,000 (less than half that of London), settling in Medway will save you a lot of money. There are a wide variety of towns in this particular area of Kent, like Rochester and Cliffe, so there’s something for everyone.

High-speed trains from Chatham Station can have you in the centre of London in just 40 minutes, so you’re within easy reach of the capital’s buzz. Additionally, both Westfield and Bluewater shopping centres are accessible, so all of the biggest names in retail are on your doorstep.

Brighton and Hove is a wonderful place to live, with a beautiful coastline and its famous pier, but with house prices averaging over £365,000, it’s no wonder that many can’t afford to live in the city. Thankfully, alternatives lie just along the water in the form of Hampshire duo Portsmouth and Southampton.

The two coastal cities have house prices which average more than £150,000 lower than those found in Brighton and wages that represent 12% of property values. In Brighton, wages account for just 8%, despite being only an hour and a bit away from Portsmouth on the train.

Bath is famous around the world for its Roman history and charming streets, but wages in the area only represent 9% of the average house price, which stands at £337,000.

Swindon, on the other hand, despite being less than half an hour away, has house prices that are over £100,000 cheaper, even though average wages are only £2,000 lower than those in Bath. Swindon is surrounded by gorgeous countryside too, and if you do fancy a trip to Bath, it’s only a short journey away.

Houses in York are infamously expensive, which means that many Brits can’t afford to live in the popular city. Furthermore, the average wage in the North Yorkshire hotspot is just £25,000, which is below the national average, making the area particularly unaffordable to live.

A viable alternative is the South Yorkshire town of Doncaster. Both York and Doncaster lie on the speedy train line between London and Edinburgh, meaning that it takes just 20 minutes to get between the two. In Doncaster, the average house price is less than £130,000, making it particularly attractive to first-time buyers.

Bristol is well-known as a vibrant place to live, with history and culture aplenty, but with an average house price of over £275,000, it’s too expensive for many Brits to call home.

However, the region of North Somerset lies next door and offers far more affordable living. Average wages are £2,000 more than those in Bristol, yet house prices are £15,000 lower – win, win! And with fantastic beaches like Minehead and Brean, North Somerset is a lovely area to settle in.