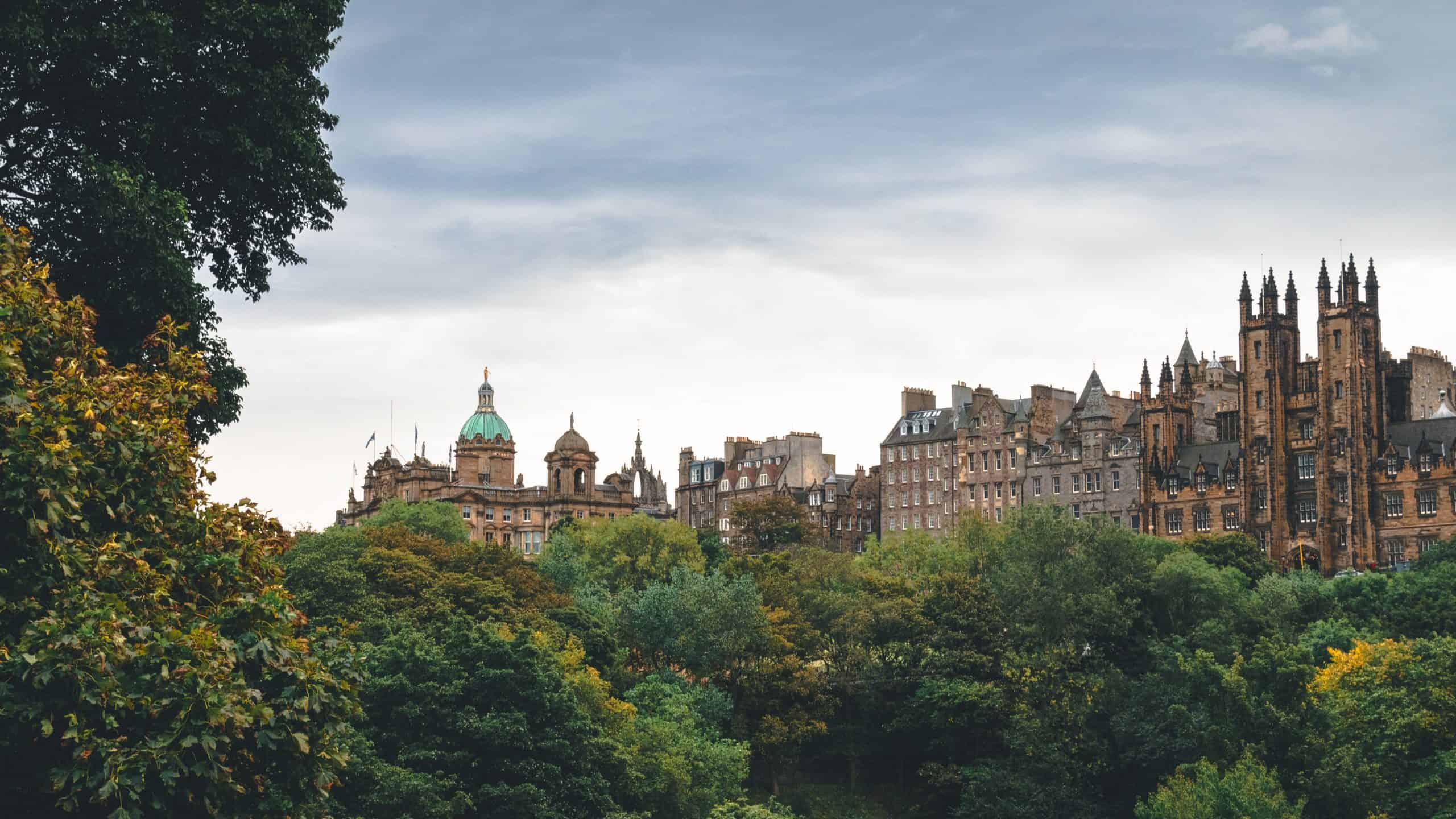 Scotland’s capital Edinburgh is one of the UK’s most populous cities, the second largest financial centre outside London, and recognised for its historical and cultural significance. But city living isn’t for everyone, and you might want to enjoy Edinburgh’s broad benefits from a little further out.

Whether you’re looking for a quieter style of living, prefer to base yourself more rurally, or hoping to start a family away from the hustle and bustle, we’ve outlined the best commuter towns near Edinburgh. Discover our top five, taking average property prices*, distance to the city centre, and public transport cost** into account.

Distance to Edinburgh: 45 minutes by car, 30 minutes by public transport

Stirlingshire’s Falkirk is among the most affordable towns near Edinburgh, and the place with the cheapest average property prices on our list. Additionally, Falkirk offers straightforward and quick routes to the capital city by train or road. Similarly, Falkirk’s convenient positioning within the Forth Valley also allows you an easy rail route to the much-loved city of Glasgow, for an alternative city break.

If it’s nature you adore, it’s well worth noting that Falkirk is just over an hour’s drive from the simply sublime Loch Lomond and surrounding National Park. Enjoy meeting red deer, wandering the craggy paths, and exploring the fantastical forestry.

Education-wise, families can take their pick of the local primaries and secondaries, while the local University of Stirling has a stellar reputation across Scotland and the UK.

Distance to Edinburgh: 45 minutes by car, 30 minutes by public transport

North Berwick might be home to some of the most expensive properties within the Edinburgh commuter belt, but, if you’ve a little more money to spend, it can be well worth the extra expense for the unrivalled location, with the city, coast, and countryside all close by.

Just half an hour from the city by train, North Berwick is one of the more convenient towns near Edinburgh for commuters. After work and over the weekends, locals of this charming seaside town can spend the evenings wandering the stretching beaches, sandy shores, and glistening North Sea. The beauty of North Berwick isn’t limited to just the coastline and the fresh sea breeze, either, with inland residents also enjoying the surrounding rural space.

A town built upon community, North Berwick is ideal for any family looking to put down roots. Schools in the area are great, with the local secondary receiving particular plaudits.

Nestled along the Scottish border, this quaint Northumbrian town has an historic past dating back to Roman times. With charming old architecture and stunning seaside scenery within walking distance of the town centre, you also have the gorgeous Northumberland coastline and National Park on your doorstep, both areas of remarkable natural beauty.

In terms of the area’s foody offering, a great deal of the local eateries place a great emphasis on fresh fish; and, with the plentiful North Sea and salmon-rich River Tweed both within striking distance, why not?! That said, the town caters to all tastes, and boasts an abundance of fine pubs, restaurants, and bars. Familywise, you’ll also find a host of top primary and secondary schools, either side of the border.

The route to work might be among the more expensive of Edinburgh commuter towns, but the coastal track will be the envy of your colleagues. And if you fancy a weekend city break away from work, why not head south instead; compared to Edinburgh, Newcastle upon Tyne is a less hectic retreat, and only takes a quick 45 minutes to get there by train.

Dubbed one of Britain’s fastest improving towns in 2019, the Ancient Scottish capital and Fife town of Dunfermline offers rich history and culture, a vibrant community feel, and among the cheapest property prices along the Edinburgh commuter belt. Ideally located for commuters, enjoy a speedy half hour drive to the city centre, or reach work in just over 30 minutes by train. As far as Edinburgh commuter towns go, Dunfermline is among the most convenient.

Weekends and evenings can be spent exploring the abundance of local cafés, restaurants, and bars, perusing the small businesses that dominate the high street, or taking a relaxing wander around one of the many local parks. Meanwhile, families can enjoy a wealth of great schools within the town and neighbouring area.

If you take a fancying to Dunfermline, but would prefer to live along the sandy shore, consider the likes of Burntisland town, famed for its Highland Games heritage, or Aberdour, which is among the most pleasant villages near Edinburgh.

Separated from the capital city by just a short train ride, West Lothian’s Linlithgow has long been considered one of Edinburgh’s best commuter towns. While property in Linlithgow is more expensive than nearby Falkirk, it’s considerably more affordable than living in the city.

This ancient town has managed to maintain much of its traditional charm, including the spectacularly maintained reverential palace and grounds, which overlook the mesmeric loch. Within the surrounding area, you’ll also find some of the best villages near Edinburgh, each quainter than the last. In each, community is everything, from the brilliant schools to the local coffee shops and eateries.

From pretty seaside towns to rural villages near Edinburgh, there’s something for everyone; whether you’re leaving the city for a more subdued way of life or relocating to the region for work, we can help you sell your home quickly, to speed up the move. For even more expert property advice, discover all the latest over on our blog.

*Average property price is according to the most up-to-data Zoopla estimates.