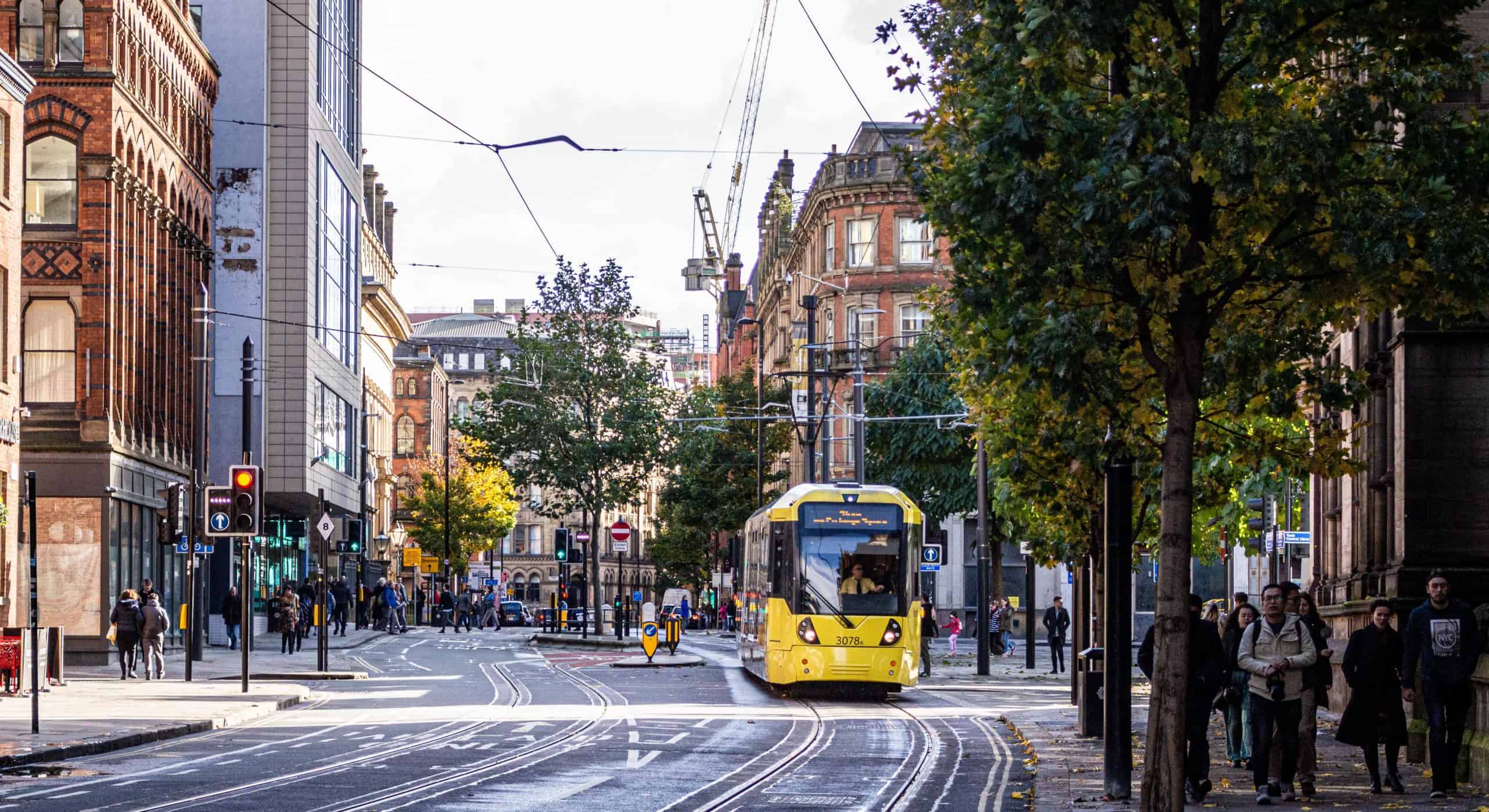 One of the UK’s most populated regions, Greater Manchester is a North-Western powerhouse, home to businesses big and small. So, it’s no wonder that countless people make the move to the area annually – but not all want to live in the city centre.

If you’re looking for a quieter style of living or space to settle down or raise a family, we’ve outlined the top five Manchester commuter towns you should be looking at, taking average house price*, distance to the city centre, and travel costs** into account.

The third point of the Cheshire’s affluent Golden Triangle, property here is among the most expensive in the North West, with the likes of David Beckham, Cristiano Ronaldo, and Sir Alex Ferguson calling the region home at some point; but don’t be put off by the price too quickly, as there are also plenty of affordable gems if you keep an eye out.

You do get what you pay for in Wilmslow, however, with a bunch of quality primary and secondary schools across the town and surrounding areas, as well as an abundance of foodie hotspots and chic boutiques to visit. With plenty of parks right on the doorstep, too, there’s no shortage of green space to explore on the weekends, or venture slightly further afield to the gorgeous Peak District for picture-perfect landscapes.

Distance to Manchester: ~ 40 minutes by public transport, 45 minutes by car

Located around a 45-minute drive from the city centre, Saddleworth isn’t a town itself, but, instead, a quaint collection of some of the best villages near Manchester, dotted just east of suburban Oldham and in close proximity to the rugged Peak District.

Rich in character, each village and hamlet – the most populous of which is Uppermill – offers a vibrant and welcoming community feel, with independent pubs, bars, and restaurants just a stone’s throw from wherever you choose to settle down.

Ranked among the Sunday Times’ best places to live in the North West, Saddleworth is perfect for young couples wanting to raise a family away from the hustle and bustle of city life. That said, Manchester is only a 40-minute commute away, with regular trains to Piccadilly, while Saddleworth’s positioning on the Lancashire-Yorkshire border means a weekend trip to Huddersfield, and even Leeds, is well under an hour’s drive away.

If it’s a countryside retreat you’re after, you’re in luck; Saddleworth Moor is adored for its breathtaking beauty, with gorgeous trails offering priceless views over the surrounding area. Or if you’d rather a casual Sunday stroll, head to the charming Dovestone reservoir for a relaxing afternoon wander.

Cost to commute: £416 annually with a Transport for Greater Manchester Zone 4 pass

An historic market town with a rich industrial history, the town of Bury is situated just ten miles north of Manchester, with excellent tram links making it a commuter paradise. Similarly, neighbouring towns near Manchester, Bolton and Rochdale, are each just a 20-minute drive away.

Moving to Bury needn’t break the bank, either, with property valued much more affordably than other towns or cities close to Manchester, making it an excellent hotspot for young professionals making their first move away from busy living. If you do land on Bury, you’ll need to choose between the town centre and one of the stunning surrounding villages; wherever you settle, though, you’ll find great schools, eateries, and independent bars.

A short drive south of Saddleworth, Stalybridge is the ideal alternative if you’ve fallen in love with the area but are shopping for something a little more affordable; it’s the perfect home for young professionals and families looking at towns near Manchester on a budget.

With direct train routes to the city centre, enjoy an easy 15-minute commute to work, or quick trip to the vibrant bars and restaurants during the weekend. Alternatively, spend your free time exploring the beautiful Peak District, which is just a short hop in the car away; combining the buzz of city life and captivating countryside, Stalybridge really does offer the very best of both.

Distance to Manchester: 25 minutes by public transport, 50 minutes by car

Just a 20-minute train ride away from Manchester city centre, Macclesfield is ideally located for a quick and easy commute. Located just short of 20 miles south of the city, you’re close enough to the action to enjoy the hive of activity, while far enough away to escape the mayhem of metropolis on an evening.

Property in this Cheshire town is a little more expensive, on average, than other neighbouring North West towns, but more affordable than nearby Wilmslow. But it’s worth noting that the market is broad, with a varied range of properties valued to suit all budgets.

As well as being a commuter’s dream, Macclesfield is also a great place to put down roots, with a collection of excellent schools in the area, for children of all ages. Additionally, there’s no shortage of green space, with the enchanting Macclesfield forest and the southern Peak District National Park perfect for family time, dog walks, and weekend wandering.

Whether you’re moving out of the city centre to settle down or raise a family, or relocating from elsewhere in the country, there’s a wealth of stunning towns near Manchester to suit any budget. Make the move without the stress of a house sale hanging over your head, and receive a free, instant valuation from us for your property. Or for even more helpful advice and guidance, explore the latest on our blog.

*Average house prices according to the most up-to-date Zoopla estimates.

**Commuter cost is the annual fair according to trainline, unless specified.