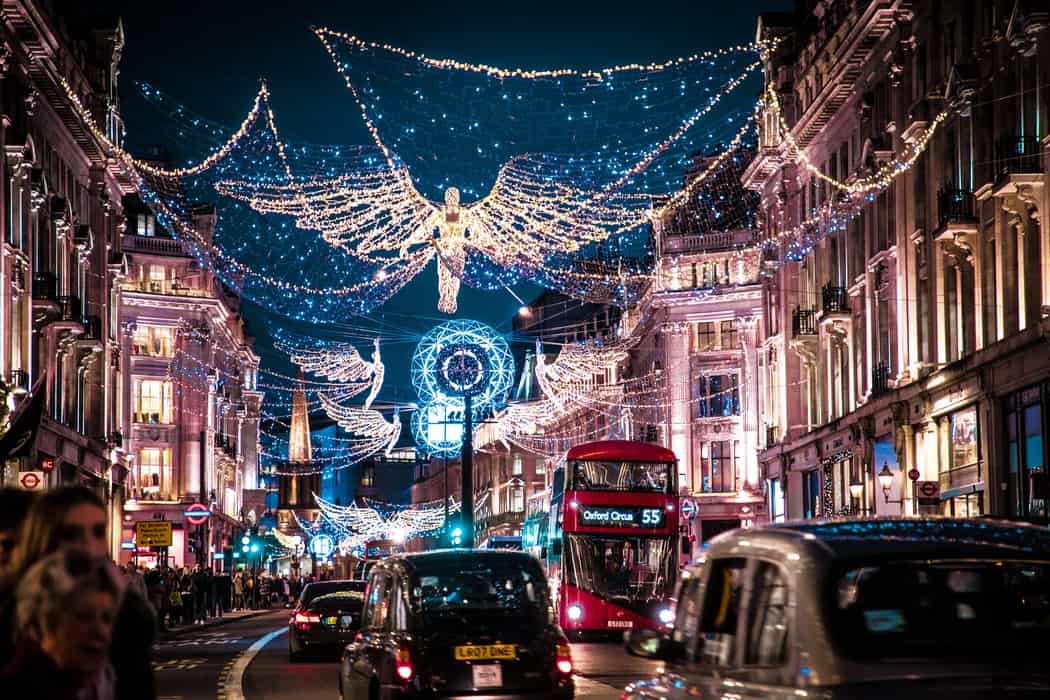 With festive events like Christmas markets, after work drinks and office parties being cancelled this year, Christmas 2020 is going to feel a lot different compared to previous years.

We decided to survey the UK population, to see just how high the festive cheer is across the country, as well as the cities that are the most – and least – excited for Christmas day.

28% of Brits are really excited for Christmas 2020

Of those we surveyed, 28% said they were really excited for Christmas this year, and 40% said they were excited, but not as much as previous years – probably because of the lack 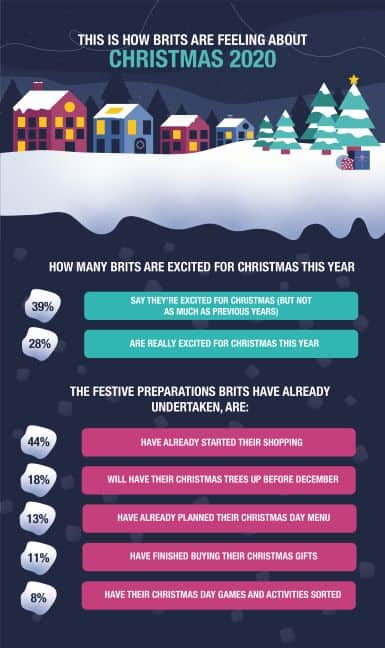 However, lots of people are getting ahead of the game: 44% of respondents have already started their Christmas shopping, and 11% have finished. On top of that, 13% already know what they’ll be eating on Christmas day, and 8% have all of their activities and games sorted.

On the flipside, 33% of respondents said they’re not excited for Christmas at all, and 31% haven’t planned anything yet – including shopping for presents and deciding on the food.

Belfast is the most prepared UK city for Christmas

Belfast has come out on top as the city that’s the most prepared for Christmas this year (82%), followed by Bristol and Manchester at 77% and 76% respectively. Nottingham (73%) and Glasgow (71%) make up the top five.

London is the most excited city for Christmas

36% of London residents surveyed said they were really excited for Christmas, making them top the list. They’re closely followed by Bristol and Birmingham (32% and 30% respectively), and Nottingham and Southampton.

20% of residents in Edinburgh and Newcastle said they won’t be putting a Christmas tree up this year, followed by Nottingham (19%), Southampton (18%), and Norwich (15%).

Over 65s are least excited for Christmas

With many peoples’ Christmas plans on hold until we know what we can and can’t do on the big day, it’s understandable that less of us are excited compared to previous years. However, hopefully we’ll still be able to spend the day with our loved ones and make the most of it. Cheers to 2021!