Home » Blog » Everything you need to know about emigrating to Germany

Everything you need to know about emigrating to Germany 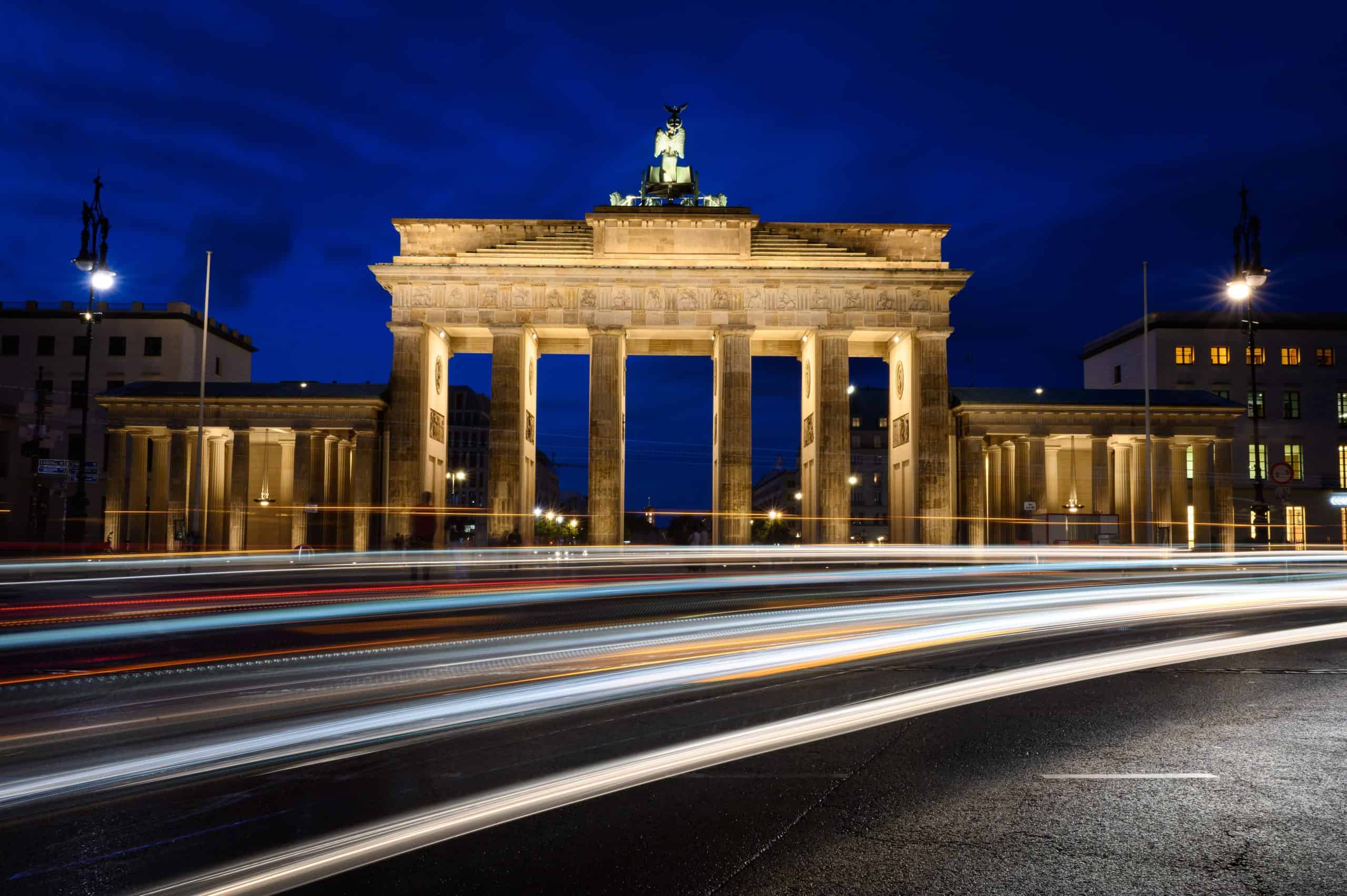 Boasting the world’s best economy along with one of its best transport systems, world-leading universities, an abundance of green space and centuries of history and culture, Germany has the potential to transform your life for the better. Whether you fancy a vibrant city like Berlin or Hamburg, or a smaller one with plenty of charm and German tradition, moving to Germany offers an unmatched quality of life, with impressive employment figures, financial support for families, and an abundance of opportunity for easy, hassle-free travel on the continent.

If you’re considering moving but you’re unsure how to do it, we’re here to offer guidance as you emigrate to Germany. We’ve put together this useful guide on the reasons to consider moving, the ins and outs of how to move, and everything you need to know about the best places to live there. With a few handy tips about life in Germany, we’re certain that you’ll feel a lot more clued up about emigrating to Germany from the UK with a helping hand from Good Move.

Reasons to consider moving to Germany

As of 2017, it’s estimated that nearly 120,000 Brits have set up home in Germany, with the largest number of Brits found in the country’s biggest cities, among them Berlin, Munich and Frankfurt.

Germany is truly a country that puts the health, happiness and well-being of its citizens first. Childcare is extremely affordable because the German government subsidises the fees, while parents receive what is known in Germany as Kindergeld, a monthly payment for each of their children. As if that isn’t enough, the German government pays new parents – both mothers and fathers – to take maternity leave!

With an array of world-class universities in Berlin and Munich, Germany is also popular among students seeking higher education. Transport links in Germany make living there a hassle-free and environmentally sound choice. Public transport systems like Berlin’s metro and trams are some of the best in Europe.

How to emigrate to Germany

Emigrating to Germany from the UK is an exciting time, but it’s helpful to know what the process entails. Our moving to Germany checklist gives you a flavour of what to expect, from registering residency to managing the day-to-day.

The first thing to do is to apply for a visa from the German Embassy in the UK. Once you arrive in Germany, it is crucial that you register with your local Residence Registration Office within 14 days of your arrival. Make sure that you take your passport and another necessary documents when you register, and remember that there are certain requirements you need to meet to be granted residency, including a valid reason for emigrating and proof of financial stability.

Before you make the move, it’s also worth securing a place to live. Renting in Germany is a sensible option during your first few months in the country, while you find your feet, particularly because rent is extremely affordable, even in big cities like Berlin, which is estimated to cost half the price of renting in London. When it comes to buying in Germany, it’s worth remembering that you’ll need a 40-50% deposit.

Once you’ve registered for German residency, you’ll need to get some health insurance. You can join either a statutory or private German health insurer, but you may be able to access an insurance scheme through your employer. In this case, you will pay for half of your insurance every month, and your employer will pay the other half.

Don’t forget to also set up a bank account in Germany, for which you will need a deposit, your passport, proof of address and some other important documents. After you have registered as a German resident, you will receive an income tax ID number, which you will have to give to your employer.

Five things to know about life in Germany

Moving to Germany, of course, doesn’t come without change; some easier to grasp than others! To make your emigration easier, discover our top five tips for moving to Germany:

You may find that you won’t need a car in Germany. The country’s public transport systems are so efficient and extensive that it makes good sense to use them rather than paying for fuel and road tax. However, if you just can’t part with your beloved motor, you’ll have to register it in Germany, and provide its documentation. Not only will your car have to have passed its MOT, but it will also have to pass the German TUV.

Most German residents, apart from perhaps those living in really rural areas, opt for public transport over driving their own cars. Trams, buses, metros and trains provide reliable and environmentally friendly travel across the country, but don’t forget to validate your ticket when you board, or you might get a fine. Urban areas and cities also tend to have cycling lanes for those commuting to work.

Greetings in Germany usually involve a handshake, and it is considered rude to enter a room without shaking the hand of everyone in it, children included. It is also customary to address a person using both their title and their surname, at least until they invite you to address them in a more informal manner. This may seem alien at first, but it’s worth remembering, particularly if you’re going for an important job interview or heading to work for the first time.

Both the climate and the weather in Germany tend to be pretty similar to the UK. It’s an easy mistake to make to think that, because it’s on the continent, Germany will be far warmer and sunnier than England. However, you’ll need a good coat and some warm boots for cold German winters, plus a cagoule for spring showers. In the summer months you’ll want to wear light layers and keep some sunscreen handy.

As an incredibly environmentally conscious country, Germany is really big on public transport, renewable energy and recycling. Most homes and apartment blocks will have separate bins for the disposal of different materials, and as a resident, you’ll be expected to use the correct ones!

The five best places to live in Germany

One of Germany’s most affordable, diverse and cultural cities, Berlin is really popular among young Brits. Cheaper than the UK when it comes to rent, living and travel, you’re guaranteed to have some spare cash to enjoy Berlin’s vibrant and world-renowned nightlife, lively arts scene and many museums. Brimming with subcultures and liberal residents, Berlin is the place to go for acceptance and a sense of community.

Though Munich has a whopping 1.3 million inhabitants, it is well known for having a more intimate feel than sprawling cities like Berlin. It is also host to some of the best universities that Germany has to offer, including the Technical University of Munich and the University of Munich, and thus it is popular among students. Combine that with low crime levels, tons of culture and history, and plenty of public transport options and cycle lanes, and Munich is one of the most exciting places to live in the whole of Germany.

Located in central Germany along the river Main, Frankfurt is a small city bursting with the culture, eateries, amenities and personality to rival its bigger counterparts like Berlin. One of Frankfurt’s biggest selling points is its affordability. Relatively cheap rents, reasonably priced food and drink, and cost-effective public transport systems mean anyone can live in Frankfurt.

A stunning city in northern Germany, Hamburg is bursting with scenic parks, green spaces, canals and lakes, including one right in the city centre. As such, Hamburg is an adventure-junky’s dream, offering plenty of opportunities for water sports, walking and cycling. Its nightlife, dining and cultural scenes also offer residents plenty of choice when it comes to entertaining and socialising.

A manufacturing city in southwest Germany, Stuttgart is the place to go if you like to work hard and party hard. The home of global companies such as Porsche and Mercedes-Benz, there are work opportunities aplenty in Stuttgart, but that’s certainly not all there is to this breath-taking city, which is jam-packed with breath-taking architecture and scenic waterways, and is surrounded by hills.

Once you’ve decided on where you’re going to live, upon moving to Germany, it’s time to settle your affairs back home. Sell your home quickly through a property purchasing company, like Good Move, and receive a free cash offer. Or, for even more expert advice, head over to our blog.