Home » Blog » Everything you need to know about emigrating to Switzerland

Everything you need to know about emigrating to Switzerland 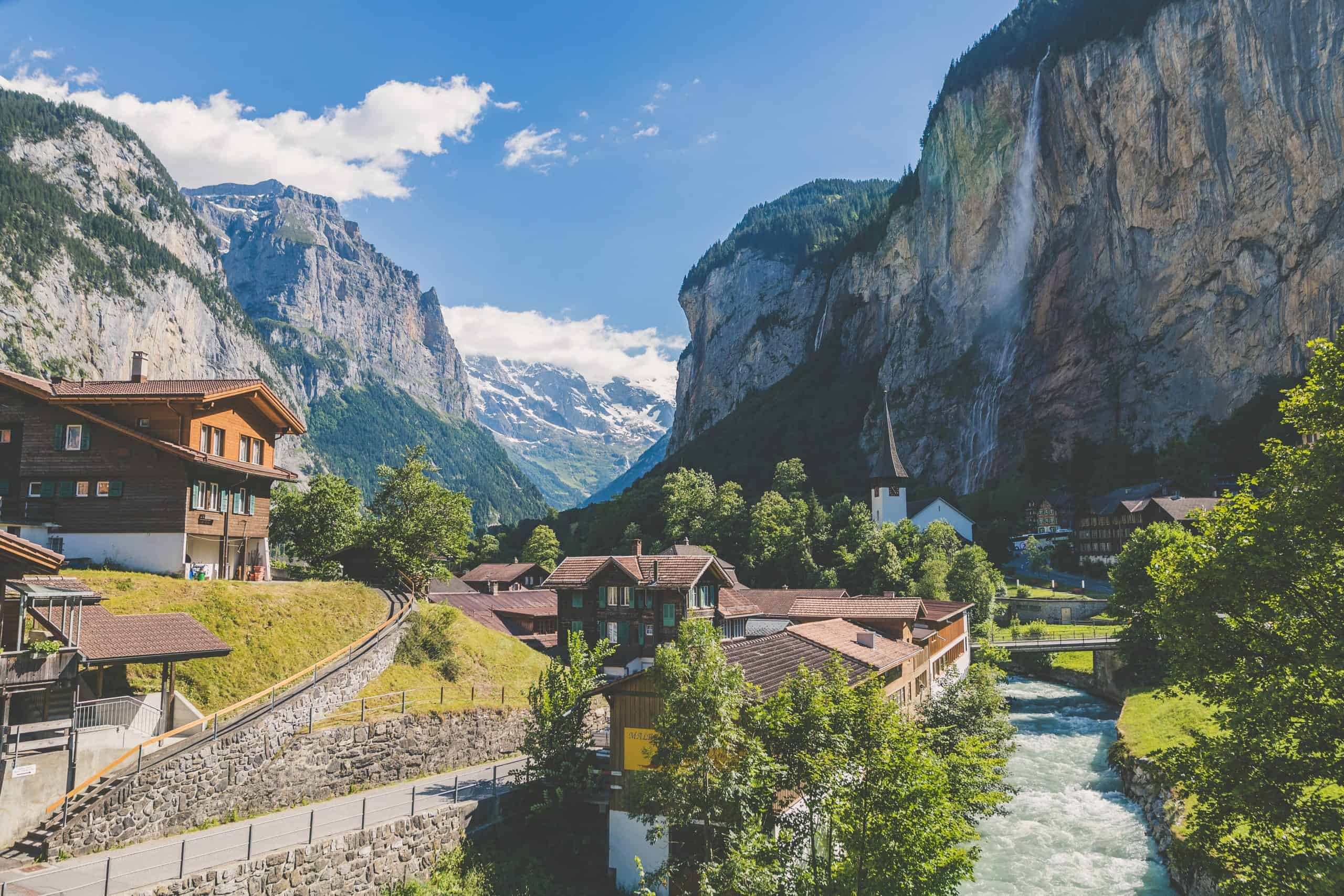 Offering rich culture, glorious scenery, and an enviable lifestyle, it’s little wonder Switzerland remains a place of interest for Brits looking to emigrate abroad. We’ve explored the reasons you might want to make the move, how to prepare for your new life, and the top city destinations.

Why you should consider emigrating to Switzerland

Switzerland is regularly ranked as one of the best places to live in the world, known for being especially clean, safe, and efficient, no matter where in the country you choose to settle. This also applies to schooling solutions, with Swiss educational standards up there alongside the UK as some of the best in Europe.

One of the beautiful benefits of moving to Switzerland is the landscape. Much of the country is alpine or mountainous, meaning you have ski resorts, biking trails, and stunning hike locations on your doorstep. Not only this, though, but the country is also home to a handful of gorgeous lakes, which offer a stunning backdrop to a weekend away.

Alternatively, you might favour city life, in which case you have an abundance of locations to explore, form Bern and Basel to Zurich and Geneva. Each offers something different to the last, and has its own character and charm.

While the cost of living in Switzerland might at first appear to be more expensive than that of the UK, it’s all about context. In this case, Swiss workers are among the highest paid in the world, with an average salary considerably higher than in Britain (roughly £47,500 in Switzerland vs £31,000 in the UK). While you might pay a little more on paper, many Brits find themselves to be better off after they emigrate to Switzerland.

Weather in Switzerland is fairly similar to that of the UK, in that the climate is considered temperate and you’ll experience varying temperatures and conditions depending on the seasons. While there’s rarely any excessive heat or blistering cold, you should be prepared for winter with a thick jacket!

Things to know before moving to Switzerland from UK

Unlike much of Europe, Switzerland doesn’t have its own dedicated language. Instead, incredibly, there are three officially recognised languages, taken from neighbouring nations: German is the most widely spoken, but French and Italian are also common along their respective borders. With this in mind, before moving to Switzerland, make sure to take a moment to research the common language of your area.

As a result of the Brexit agreement, moving to Switzerland from UK for work now requires you to apply for a visa. There are three main different residency permits you should be aware of:

Fortunately, you aren’t required to hold a visa immediately upon arrival, but you are prohibited from staying for longer than 90 days without permit arrangements in place. To apply for the relevant visas, visit your local Cantonal Migration Office (a canton simply refers to a region of Switzerland – there are 26 overall).

If you’re emigrating to Switzerland without gainful employment (for instance, you’re retired), you may need to provide evidence that you have adequate resources to cover your cost of living. This demonstrates that you aren’t likely to become dependent on welfare benefits.

Meanwhile, making the move to Switzerland as a student will require you to show a confirmation letter evidencing that you have been admitted to a recognised institution of education (school or university).

Unlike in the UK, moving to Switzerland means driving on the right-hand side of the road. This might feel a little daunting at first, but it’s something you should pick up relatively quickly – and once you’ve mastered it, you’ll be able to drive confidently all across the continent!

As far as paperwork goes, Swiss law permits you to drive on your UK license for up to 12 months. Before this period expires, though, you’ll need to visit your nearest Cantonal Authority to exchange it for a local license. Importantly, if you’re moving to Switzerland with teenage children, they’ll not be able to register for a full license until they turn 18, a year later than you’ll be used to in the UK.

Similarly to the UK, Switzerland chooses not to use the euro as the official national currency. Instead, you’ll have to get used to referring to prices in Swiss Francs, which is the only type of money guaranteed to be accepted at all points of payment.

It’s not unlikely, however, that you’ll be travelling beyond the Swiss border at various points, whether for work, travel, or leisure, so don’t worry if you find yourself left over with a handful of euros; many establishments will accept these bills also.

If you’re choosing to emigrate to Switzerland, you’ll be relieved to know that it is possible to bring your pet along. However, they will be subject to checks and rules, which means you’ll need to register them prior to the move.

Additionally, only certain airports currently offer the capacity to check permits (Geneva, Zurich, and Basel). If you’re travelling via land (i.e. getting the ferry and travelling through France), though, you are able to check your pet in upon your first EU arrival point, and this will still be valid in Switzerland.

How to move to Switzerland

Part of moving to Switzerland means finding a new home, but it’s important to go in with realistic expectations about the housing market. The high cost of living is no secret, but it applies particularly to buying property.

If you’re buying a new home abroad, you’ll also need to take care of your property back home. It might be worth considering the benefits of selling to a cash house buyer, for a speedy sale. Alternatively, if you can afford to maintain a property in the UK and Switzerland, you could rent it out to tenants.

Not only will opening a Swiss bank account allow you to access your money with greater ease, but they’re also famed for their financial protection and privacy, with incredibly low risk attached to any savings you deposit. It’s well-worthwhile visiting a bank upon emigrating to Switzerland, to discuss the steps involved in opening an account. Traditionally, you’ll need:

TOP TIP: while it’s possible to walk into a Swiss bank and open an account that day, they can take up to a month to activate, so make sure you’ve made financial provisions for this period (or make banking arrangements ahead of moving to Switzerland).

Healthcare in Switzerland is taken very seriously. No matter your nationality, it’s compulsory to take out a policy with a Swiss health insurance company no later than three months after settling.

If you’re prescribed regular medicine in the UK, be sure to take time to prepare for the transition upon moving to Switzerland. Contact your local cantonal authority, and they’ll put you in touch with a nearby pharmacy to discuss a check-up and medical availability.

Moving to Switzerland: where to live?

Despite being Switzerland’s capital city, Bern is far quainter than the likes of Geneva and Zurich, and offers what you might consider a more traditionally Swiss experience. Located roughly equal distance between the two, the city offers convenient access to both the mountainous alpine region in the west and the plateaued Germanic east.

If you’re into snow sports and alpine endeavours, Geneva seems to be the obvious pick. With countless family-friendly resorts within just a short drive of the city centre, you’re spoilt for choice. Or if luxury spa breaks are your favoured retreat, you’ll find numerous cobbled towns dotted along the boundary of the impressive Lake Geneva.

A serious player when it comes to business, banking, and media, Zurich is a hub of activity – and let’s not forget that Germany is just over the border too! While the cost of living here is typically more than other Swiss destinations, the social and cultural payoff is worth it for many.

Many people move to Switzerland each year, for enhanced career opportunities and an excellent standard of living. For even more expert property advice, check out the latest over on our blog.