Home » Blog » How Many Brits Would Relocate for Work?

How Many Brits Would Relocate for Work? 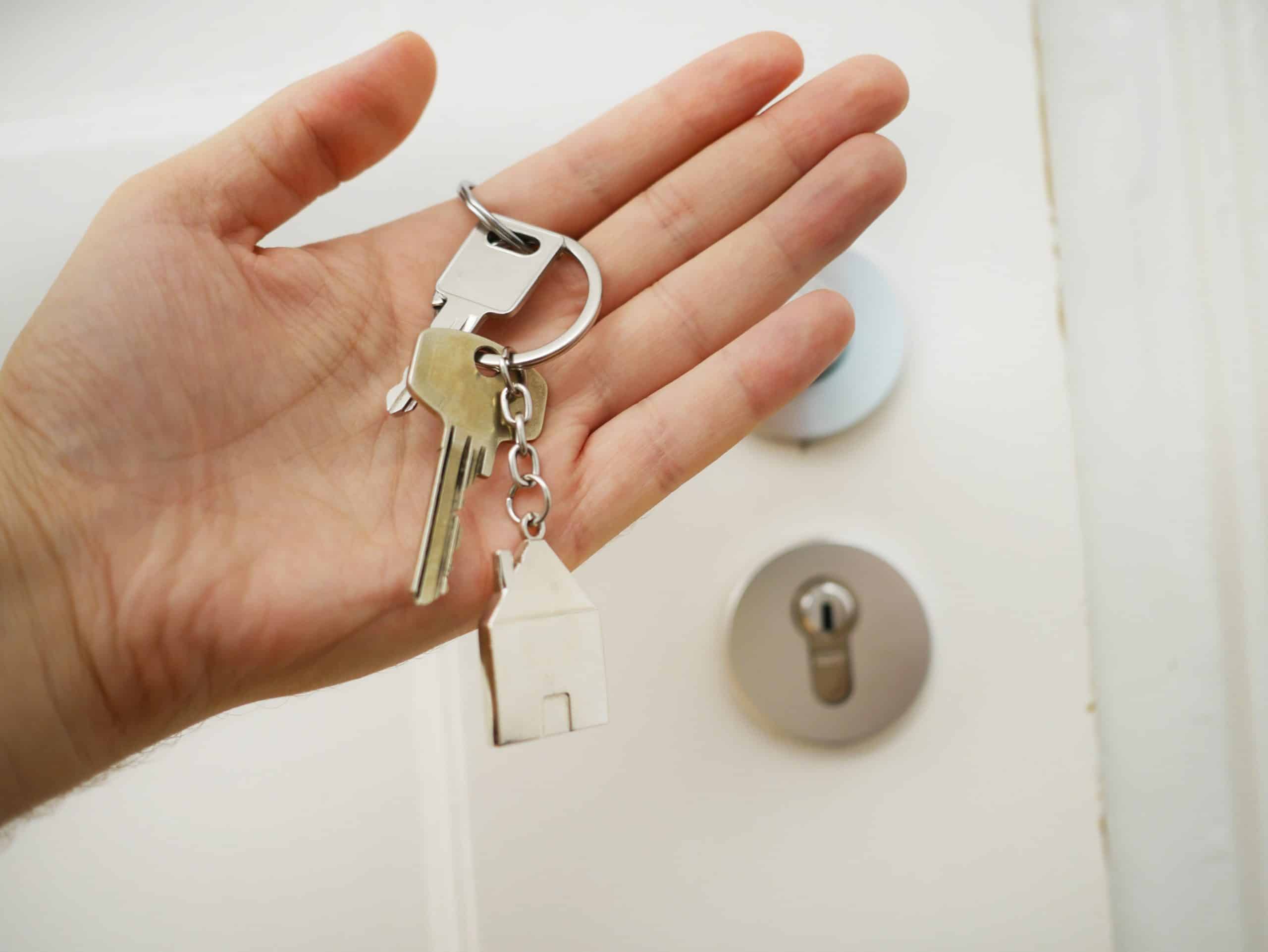 How many Brits would relocate for work?
Each major UK city offers something different, and many people who live and work their feel a strong affinity to the place they call home. However, this isn’t always the case. We surveyed 1,000 employed adults in the UK, to determine just how many Brits would consider relocating for work, as well as the average rate by city.

Over two thirds of Brits would change their job
It’s no secret that financial security is among the biggest motivations to go to work every day. After all, we all need to pay the bills! But it’s staggering just how many Brits endure their current career path and live in an area they don’t particularly love with their salary as the only motivation.

Incredibly, our research has revealed that a huge 68% of UK adults would change their job if money was no object (i.e. they weren’t dependent on bringing home a certain income). This suggests that a significant number of Brits only remain in their current role because of the financial safety net it offers, rather than a particular passion for the position. However, interestingly, only a third of respondents (35%) claim that they would move job specifically for improved pay or benefits.

Meanwhile, a further third of participants claim that, while their monthly income does fully support their lifestyle, there’s never much left over to top up savings or spend on luxuries. As such, four-in-five (81%) Brits wouldn’t rule out leaving their current job and relocating for a new role elsewhere (but only 7% would move without the promise of an increase in salary). 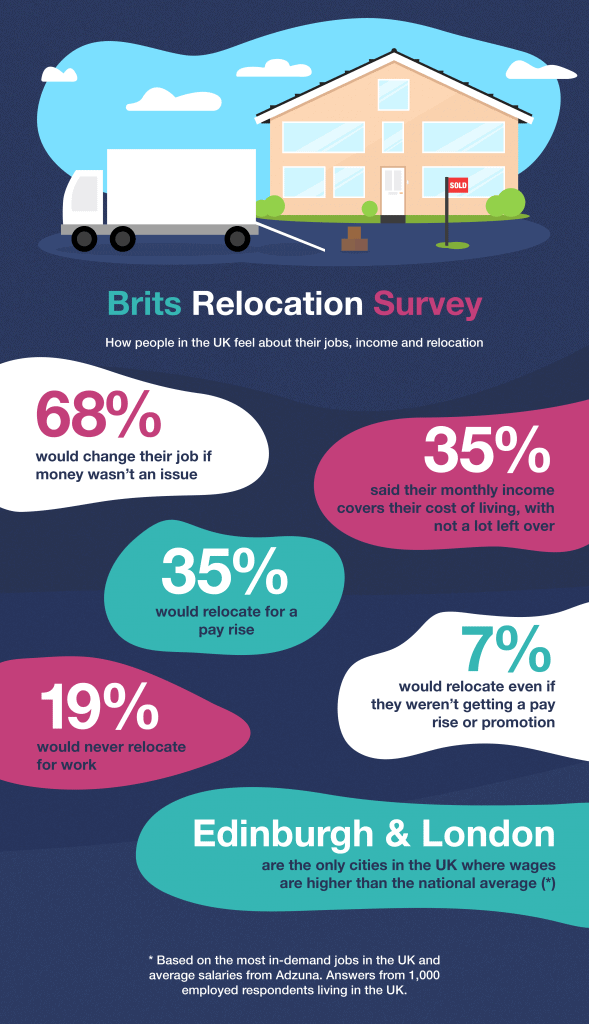 How do workers in different UK cities feel?
Unsurprisingly, the UK’s biggest and most prominent cities pay the most competitive wages, with 90% and 70% of workers in London and Edinburgh, respectively, earning above the national average salary. At the other end of the spectrum, 80% of jobs in Glasgow, Leeds, and Liverpool pay below the national average.

However, this doesn’t always equate to disposable income, especially after you’ve taken the price of property or renting into account. For instance, in Scotland, only 65% of Edinburgh workers claim that their wage covers all living costs, compared to 75% in Glasgow, despite the salary disparity. And you see similar results when you compare London to Liverpool (66% vs 71%) – astonishingly, you can buy three houses in Merseyside (average price: £149,474) for the same amount as one in the Capital (average price: £493,443).

What is the potential relocation rate by region?
Comparing the openness to moving held by workers across the country, there are some very interesting trends. For example, looking at the two most ‘overpaid’ British regions, more than 70% of those who work in London and Edinburgh would up sticks and change career paths if money suddenly became a non-issue. In contrast, less than two thirds of equivalent workers in the UK’s most ‘underpaid’ areas, Glasgow, Liverpool, and Leeds, would leave their post for another elsewhere, in the event of salaries suddenly became an irrelevant detail.

Similarly, over a third of adults (35%) working in Scotland’s capital are open to the possibility of swapping roles, if offered the opportunity to live and work in a new place. In England, around the same figure would sell their home and abandon London life, if offered a promotion elsewhere in the country. Meanwhile, a third of adults (32%) in Liverpool wouldn’t even entertain the notion of relocating for work and a third (30%) living in Leeds would only move for a pay rise.

Taking each point into account, it’s clear to see that, despite alternative locations perhaps not offering the same inflated income packages as the likes of London and Edinburgh, there’s a very definite appeal to living outside of the capital city bubble.

Relocating for work can be a stressful period, compounded by confusing property chains stretching between different cities. If you’re making a career move elsewhere in the country, consider exploring the possibility of a quick house sale company to simplify the process. Or check out the latest on our blog, for even more property guidance and advice.