Home » Blog » How to live more sustainably at home

How to live more sustainably at home 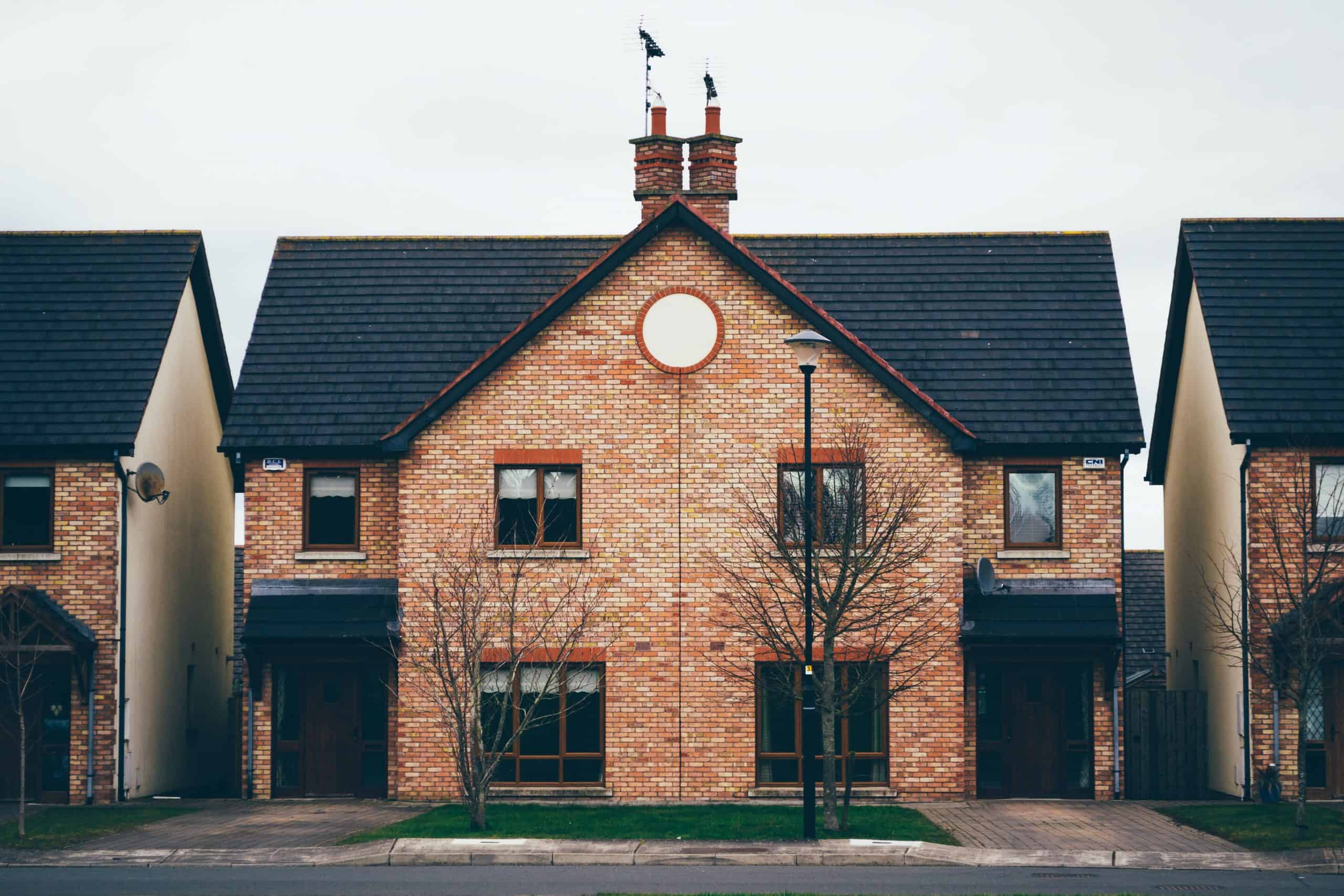 It’s no secret that climate change is likely to have an impact on our planet sooner than a lot of us first thought. But how environmentally friendly is the typical UK household?

We surveyed 1,000 Brits, to reveal just how many of us follow sustainable lifestyles, what the most common actions are, and what’s preventing people from making green choices. We also spoke to a sustainability expert to determine the ways we can live more responsibly.

Millennials are most likely to live sustainably

With recent data suggesting we have as little as 10 years to address global warming, it’s interesting to record that millennials are the age group most focused on making sustainable lifestyle changes. In fact, almost half of Brits aged 25-34 (46%) say they actively make eco-friendly choices at home. Contrastingly, only 17% of those aged 65+ have the same approach. Overall, 26% of UK households follow a wholly sustainable lifestyle, with a further 60% making the effort where feasible.

Curiously, comparing genders, our research reveals that men live more sustainably than women. This comes as just over one-in-five women (22%) consider their lifestyle to be environmentally friendly, compared to almost a third of men (29%).

Meanwhile, UK-wide, it’s London that claims the crown as the UK’s greenest city; a third of Londoners (36%) have sustainable home lives, while a further half (54%) make eco-friendly decisions where possible. In contrast, Manchester is the worst-ranked UK city, with more than one-in-five residents (21%) saying they rarely make sustainable choices.

Sustainability expert David Graydon of Spaciable comments that you don’t need to go to extreme lengths, such as installing solar panels or replacing your boiler with an air pump heat source to live an eco-friendly lifestyle, however; simple changes like minimising food waste and buying long-lasting clothes can have a positive impact. Although, it’s well-worth considering investing in your home, as it’s likely that sustainable properties will soon become more sought after, and values will soar.

What sustainable actions are Brits making in the home?

According to our research, recycling is the most common sustainable action taken by Brits, with almost three-quarters (71%) of UK households separating their rubbish and reusing old clothes and fabrics. Similarly, 31% of UK homes purchase second-hand furniture or upcycle. 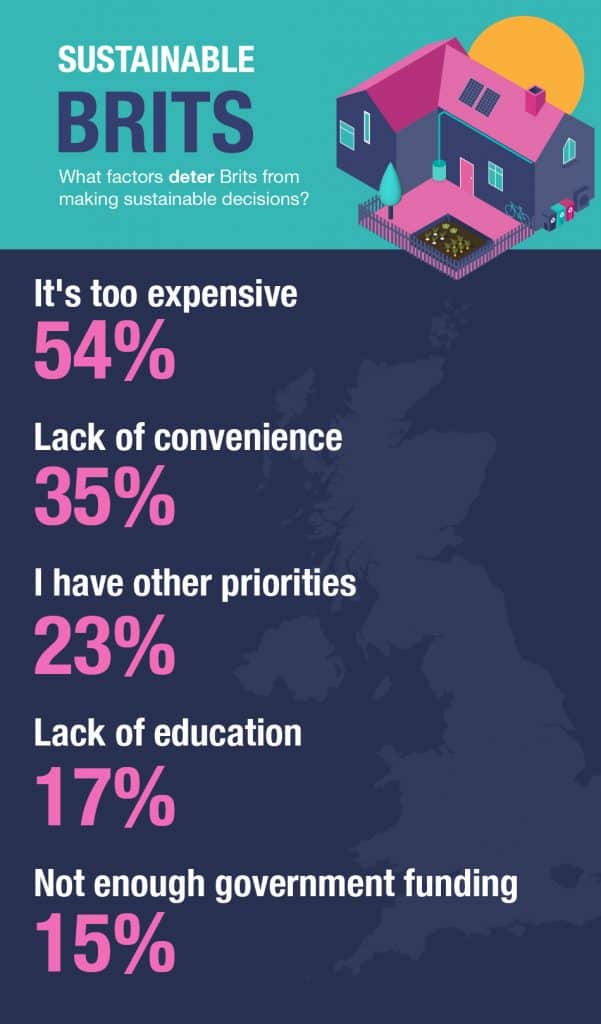 Interestingly, people living in Cardiff (80%) are the most likely to recycle, followed by those in Glasgow (79%) and Edinburgh (73%). Meanwhile, almost two thirds of Brits (61%) make the effort to reduce food waste, 57% attempt to limit water waste, and 32% invest in home insulation.

Some simple changes to daily habits from David Graydon include donating unwanted clothes to charity or selling through a second-hand market, planning meals, and composting food waste.

Cost prevents half of Brits from living sustainably

While most Brits try to make sustainable decisions in the home at least some of the time, not everyone is able to. For over half of UK households (54%), an eco-friendly lifestyle is simply too expensive – with Edinburgh (77%) the hardest hit city – while, for a third (35%), the inconvenience is just too great. 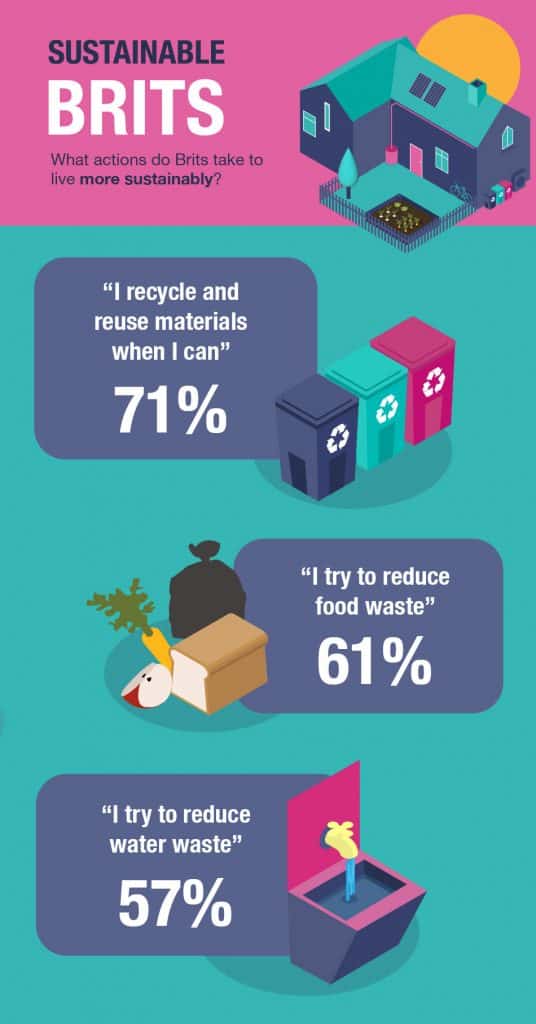 David Graydon states that unsustainable habits often come from long-held routines, which can be where the inconvenience of change stems from. However, fortunately, breaking these habits can be straightforward, with new, more positive routines quickly forming.

Meanwhile, the other common factors preventing Brits from making green decisions are having other priorities (23%), a lack of education around the matter (17%), and a feeling that there isn’t enough government input (15%) to successfully combat the issue.

With the majority of UK households starting to take sustainable steps, led by the millennial generation, it’s important to make sure this continues. For even more expert commentary, explore the latest from us over on our blog.