The History of UK Social Housing 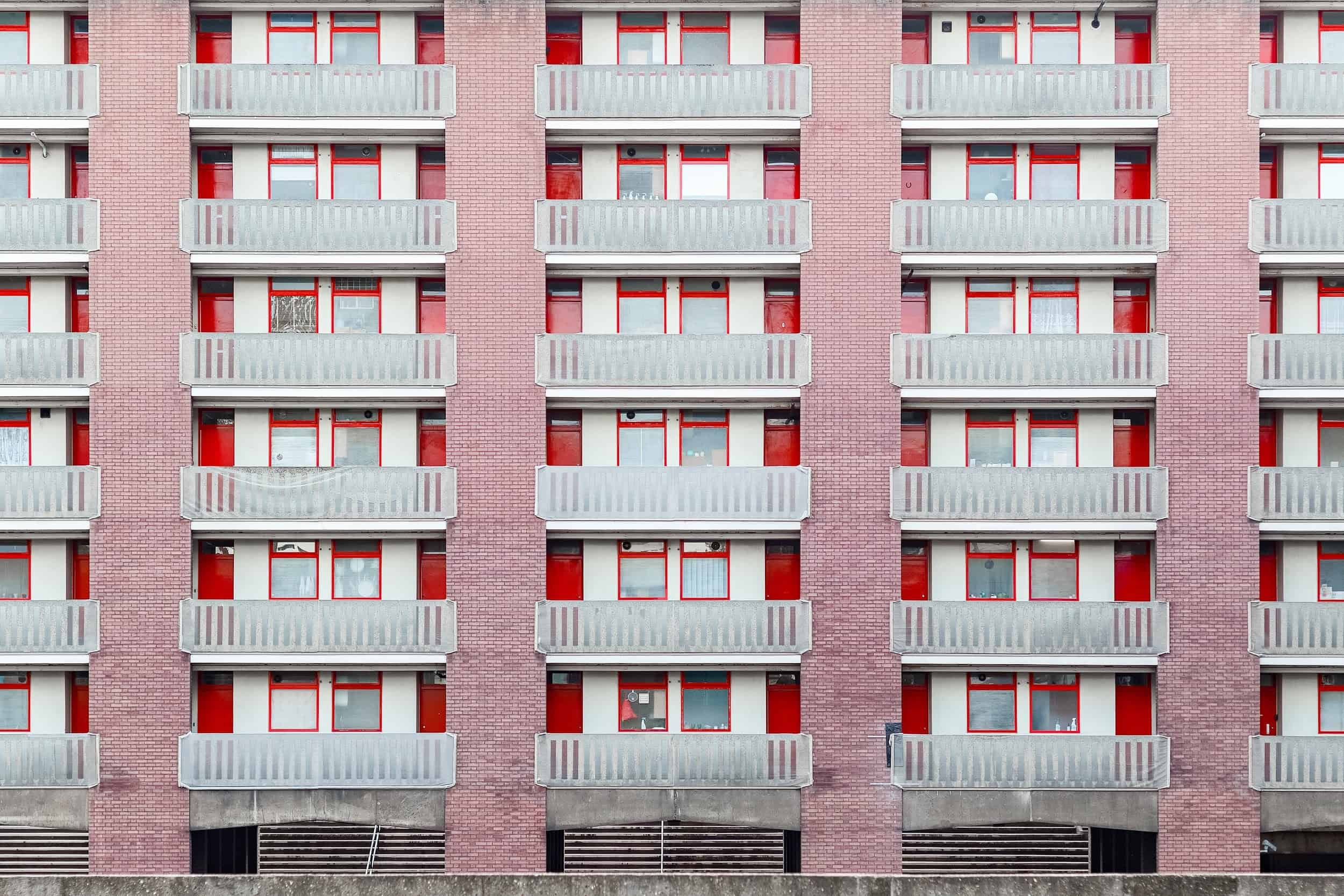 Making accommodation affordable and accessible to those in need has been a constant priority in the UK, dating back to before the First World War. This blog post looks at the Acts that have been passed throughout the history of social housing in England and wider Britain, and how attitudes towards social housing have changed over time.

What is social housing?

Social housing is affordable accommodation that is let on a secure basis by a local council or non-profit organisation to those with a low income, or who struggle with housing costs. Unlike in the private rented sector, housing is allocated on the basis of need, with the following groups given ‘reasonable preference’:

All local authorities can set their own housing allocation policies, as long as they clearly make their procedures and priorities available to the public. Most local authorities operate points-based or band-based systems, which take into account how long applicants have been on the waiting list for social housing, as well as their level of housing need. Social housing is currently funded by the Home and Communities Agency and overlooked by the Department for Communities and Local Government.

The history of social housing

In pre-war Britain, only the very wealthy could afford to buy houses and taking out loans for mortgages was uncommon. The Industrial Revolution led to a huge population increase in inner cities, as rural workers flocked to new factory jobs. To accommodate this rapid growth, housing was hurriedly built and was often squalid; houses could be just two rooms, with a communal cast-iron water pump and outdoor lavatories.

This housing turned into slums that caused public health concerns about the spread of disease. To replace the inner-city slums with better housing, the government passed the 1890 Housing for the Working Classes Act, which gave local authorities the power to shut down unhealthy slum housing and made landlords more liable for the health of their tenants. Reading on, explore how changes made within the last century have impacted the history of social housing in England and the UK, to bring us to where we are in the present day.

Prior to the First World War, the only real form of social housing was the Workhouse. Finding refuge at the Workhouse was the last resort for the lower class, as they were strict, unwelcoming, prison-like institutions. The First World War brought about rapid social, political and economic change, particularly in relation to social housing. The government instituted the 1915 Rent Act, which limited the amount that private landlords could raise their rent.

The First World War also made evident the poor health of many of the working class who joined the army. Building costs had inflated and building materials suddenly became unavailable, meaning that less construction took place and the country faced a housing shortage. The government wanted to provide accommodation for the soldiers returning from war and, as a result, the Homes Fit for Heroes Act was passed in 1919.

This act became the first large-scale government intervention to build housing for social use, promising subsidies to finance the construction of over 500,000 homes within three years. However, the economy rapidly weakened in the 1920s and funding had to be cut, with just over 200,000 homes actually completed under the Act. By 1933, 500,000 council houses had been built, but were still too expensive for those most in need.

Although the 1930s was a period of depression in the UK, it was also a period that saw a large number of new homes being built alongside the new railway lines and a rise in owner occupancy. This boom resulted from a growing middle class with higher incomes, an increase in the availability of mortgages, and greater aspirations of home ownership.

At the end of the Second World War, the UK experienced a major housing crisis. House construction had virtually ceased, labour was in short supply, many houses were damaged by bombing, the government was in substantial debt, and an estimated 750,000 new houses were needed. Despite this, the government prioritised social housing, ordering over 150,000 temporary prefabricated homes to be built.

Over time, the acute housing shortage was alleviated by local house building policies, which saw one million new homes built between 1945 and 1955. The ongoing slum clearance that began during the Industrial Revolution managed to move 900,000 people out of slums during the 1950s and 1960s. The post-war period also saw a continued growth in home ownership, helped by relatively low interest rates, increased availability of mortgages, a rise in wages and the increased aspiration to own a home.

The 1960s also saw a large number of prefabrication high rise blocks, or “streets in the sky” built across the UK. These flats were cheap and easy to build and the government provided subsidies for structures higher than six storeys, which meant that the developers had an incentive to build higher blocks. Unfortunately, these flats weren’t very well constructed and most needed constant repairs and maintenance.

Home ownership became a key element of Margaret Thatcher’s housing policy, as she implemented the ‘Right to Buy’ scheme, which gave those living in council houses the ability to buy their council homes at a discounted price. By 1987, more than one million council houses in Britain had been sold to their tenants, some of which sold on their houses years later for a substantial profit. Although this legislation was positive for some, it left the house stock with a lack of social housing for those who could not afford to buy.

Interest rates were raised to 15% and left there for a year in an attempt to control inflation. Unemployment figures rose to three million and most people who had taken out big mortgages during the housing boom could no longer afford the repayments. Record numbers of people had their homes repossessed and house prices continued to fall for four successive years. It was not until the end of the 1990s that the market started to recover.

In 1997 and 1998, just over £4 billion was spent by the Labour government on social housing. During this time, the government continued the transfer of social housing to non-profit housing associations and by 2010, almost one million council homes had been sold. During the 1990s, the national minimum wage increased and the unemployment rate declined, making housing more affordable and mortgages easier to access.

The government devolved housing powers to Scotland and Wales, with Right to Buy discounts halved by 1999. Increasing concerns about the abuse of the Right to Buy scheme were addressed in the Housing Act 2004, which extended the initial qualification period from two to five years, and extended the discount repayment period from three to five years. These changes resulted in a reduced rate of sales.

Between 2000 and 2007, 31% of all money created by banks went to residential property, which led to house prices rising significantly faster than wages. The government launched a new decent homes standard in 2002, which gave landlords until the end of 2010 to get their properties up to scratch. By 2007, 86% of all social homes had met the new standards. The average house price more than doubled in seven years, before the financial crash brought the boom to an end.

A significant impact of the financial crash was the decline in new house building. The recession also took its toll on the labour market, with 5,000 building workers laid off in the first few months of the crash alone. By July 2008, property sales hit a 30-year low. Under the Housing and Regeneration Act 2008, the Homes and Communities Agency (HCA) was established to take over as the Social Housing Regulator and financer of affordable housing.

The HCA set up the National Affordable Housing Programme, which committed £8.4 billion of funding between 2008 and 2011 to provide 155,000 new affordable homes. However, due to the collapse of the global financial market, the HCA was forced to redistribute finances to kick-start stalled projects and help landlords build through the credit crunch. In 2010, the Coalition government saw a significant reduction in capital spending on affordable housing. Housing associations would have to bid for grant funding, social landlords would now be able to charge rents of up to 80% of the market rate and further funding of £3.3 billion for 2015-18 was announced in 2013.

Over 40 years after the Homeless People Act 1977, the Homeless Reduction Bill was passed in 2017. This bill obliges councils to begin assessing someone at risk of having their house repossessed 56 days before they lose their home in a bid to reduce rising homelessness rates. In September 2018, Theresa May announced an extra £2 billion in funding for new developments, praising social housing and calling for an end to the stigma of council accommodation.

Now, faced with constant changes to the Right to Buy scheme and the uncertainty of Brexit, it’s never been harder to predict the future of social housing in the UK.