Home » Blog » The Rogue Landlord Database: The Impact for Tenants and Landlords

The Rogue Landlord Database: The Impact for Tenants and Landlords 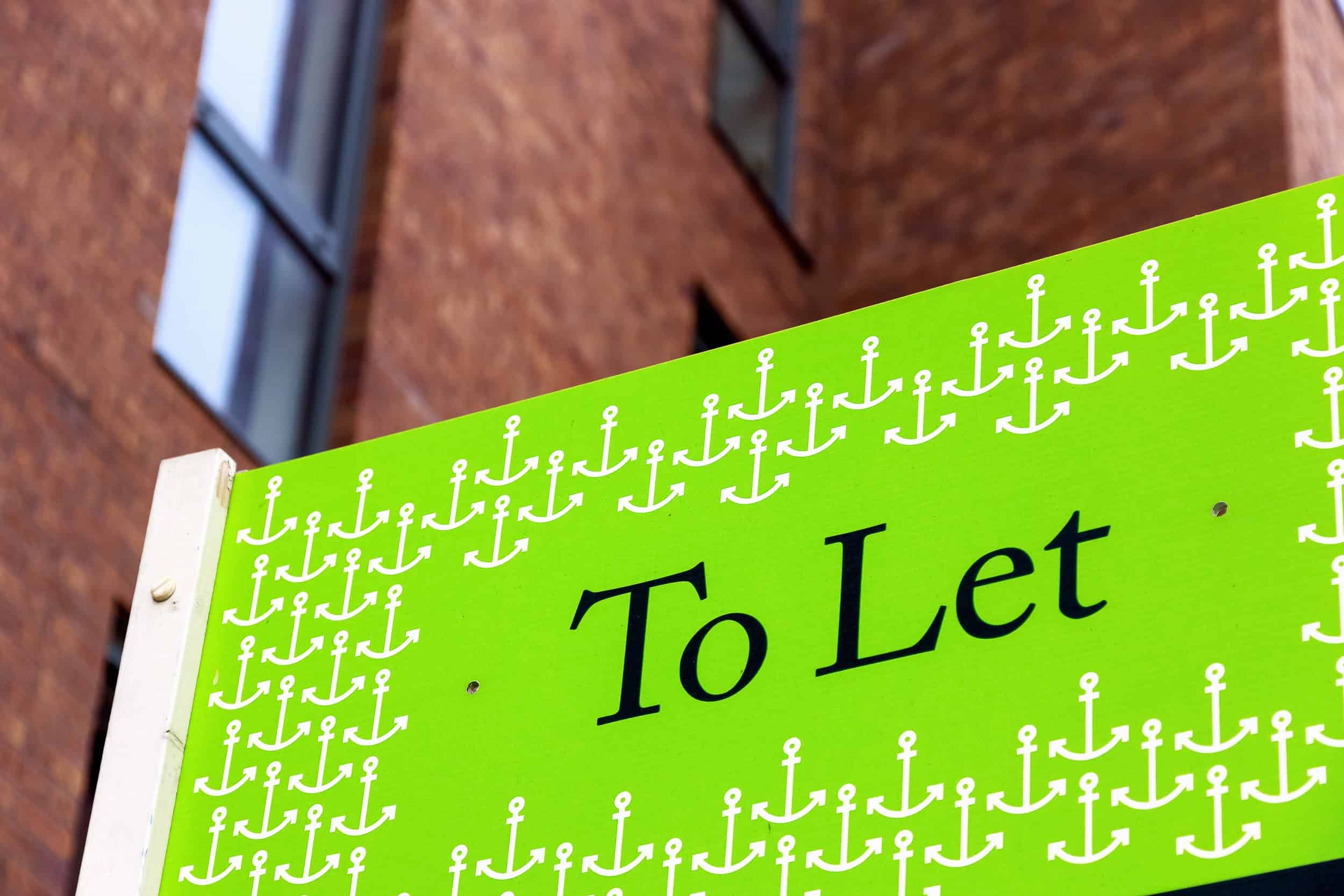 The database comes after exclusive analysis by The Independent revealed that in 2017, almost a third (29 percent) of privately rented homes in Britain failed to meet the national Decent Homes Standard, meaning the properties are either unsafe for habitation or do not have acceptable living facilities. This translates to an astounding 1.4 million homes which fail to meet the stringent standards, resulting in millions of families whose very lives may be at risk.

What is a rogue landlord?

A rogue landlord is defined by the Parliamentary Under-Secretary of State for Communities and Local Government, Baroness Williams of Trafford, as: “widely understood in the lettings industry to describe a landlord who knowingly flaunts their obligations by renting out unsafe and substandard accommodation to tenants, many of whom may be vulnerable.”

What is the rogue landlord database?

Launched in April this year, the national database stores the details of offending landlords – aiming to help decrease the number of rogue landlords in the private rental sector. Those who rent out substandard properties will be included in the database, which will then be used by councils to help target their enforcement actions.

A landlord is usually defined as ‘rogue’ if they rent out substandard properties, which are often dilapidated, overcrowded, squalid or dangerous. Those who are also convicted of housing, immigration and other criminal offences such as leasing overcrowded properties, unlawful eviction and fire and gas safety offences will also see themselves on the database.

What are the differences between rogue landlords in the private sector compared to the social sector?

Well, for starters, the private housing industry doesn’t seem to face the same rigid expectations as social housing does. Local councils and social housing landlords face increasing legal obligations to act if their homes are classes as substandard, and are held suitably accountable. However there are significantly fewer obligations for private landlords.

The shortage of these private accommodation obligations results in millions of families living in inadequate homes, with private landlords often ignoring their tenant’s pleas to make adjustments and repairs to their homes. The database, combined with many council’s latest promises to fine rogue private landlords too will surely be welcomed by tenants living in poor living conditions – but as they say, the proof will very much be in the pudding.

How to report a rogue landlord

If a tenant feels that their landlord is treating them unfairly, or they feel their home is unsafe, there are various ways in which tenants can report bad practice. Advice from Citizens Advice suggests to:

What issues do we face with the rogue landlord database?

The most prominent issue that tenants face with the landlord database is the lack of access. Currently, the database is not available to the public, resulting in rogue landlords and agents who have previously been fined going unnoticed by tenants or even potential tenants.

The bad landlord list, created by the Ministry of Housing, Communities and Local Government, has even been branded as “pointless” by some property experts. David Cox, chief executive of Arla Propertymark said: “The database won’t be public, which means no one will be able to see it and therefore letting agents and landlords who are on the list can continue operating with impunity.

“This appears to be a pointless exercise: if the list were made public – the equivalent for estate agents – rogue agents and landlords would leave the market for good.”

However, many have welcomed the database since its arrival in early April. Winchester MP, Steve Brine, said: “I am delighted that the Government is determined to crack down on these rogue landlords and either force them to improve and raise their standards or to leave the sector entirely.”

This comment from Steve Brine comes after it has been announced that 82 percent of private renters are satisfied with their accommodation. So, this asks the question, do we really need the rogue landlord database?

As mentioned earlier, a staggering third of Britain’s privately rented homes recently failed to meet criteria set by the National Homes Standard. The research also revealed that almost a million privately rented homes are deemed to be in a state of “substantial disrepair”, with many classed as unsafe to inhabit. Of those million homes, 442,000 have damp in at least one room.

How to avoid a rogue landlord

If you are looking to move into new rented accommodation, there are steps you can take to ensure that your soon-to-be landlord isn’t rogue, including:

Grenfell Tower fire: A prominent example of a lack of safety measures

One of the most recent and prominent examples of sub-standard properties, and the effect they can have on their residents is the Grenfell Tower disaster. Prior to the fire, residents raised several safety concerns to the landlord of the building, Kensington and Chelsea Tenant Management Organisation (KCTMO), as well as raising fire safety issues on a local blog.

One of the main concerns for worried residents was that a single stairway represented their only means of escape in the event of a fire. This tragically became true in June 2017, when residents fleeing the tower from a devastating fire told of how the stairway was blocked, with firefighters struggling to reach upper levels of the building.

The direct cause of the fire was a fridge-freezer, which caught fire in one of the flats in the tower. However, the cladding which surrounded the building was heavily criticised with contributing to the spread of the fire. The cladding, a type of aluminium composite rainscreen, was added to help improve the appearance of the building – not to protect it. Highly flammable, the cut-price cladding was added, despite the material not meeting strict fire-retardant specifications. An alternative cladding with better fire resistance was refused by KCTMO due to cost, despite claims the safer material would have only cost an extra £5,000 for the whole building. Most damningly, the cladding that surrounded Grenfell Tower – and still surrounds hundreds of others, is banned in the US and Germany for tall buildings because of the reasons listed above.

As a result of the fire, a public enquiry was launched by Prime Minister Theresa May “to establish the facts of what happened at Grenfell Tower in order to take the necessary action to prevent a similar tragedy from happening again.” Kensington and Chelsea Council also severed ties with the rogue landlord of the tower, Kensington and Chelsea Tenant Management Organisation, with deputy council leader Kim Taylor-Smith stating: “The TMO no longer has the trust of residents.”

What have councils and landlords learnt from the Grenfell Tower disaster?

There are some fresh hopes for tenants in both social housing and private rented homes in the form of the rogue landlord database. While the database might not be able to fully eradicate rogue landlords from the housing sector, it will hopefully be able to crack down on some of the most prolific.

Many have called for more stringent tests and assessments to be completed, including Councillor Harry Phibbs who has urged more transparency from housing associations and local authorities to publish the Fire Risk Assessments for housing blocks they own.

It was reported in July 2017, a month after the fire, that more than half of UK landlords had taken measures to check the fire safety of properties they let. Of those, 33 percent of private sector landlords have checked their fire alarms and 15 percent have instructed a professional to carry out fire assessments, which is a clear step in the right direction in ensuring rented properties are safe for their residents – although of course we would prefer the rest to check too!

By law, landlords are responsible for ensuring properties they own, including building materials used, meet specific safety regulations. Under the Regulatory Reform (Fire Safety) Order 2005 and the Health & Safety at Work Act 1972, the key statutory duties landlords must adhere to include:

Other laws and regulations that landlords must take into consideration include:

The Occupiers Liability Act 1957, which imposes a duty of care upon a landlord to ensure that visitors to the property are reasonably safe.

The Landlord & Tenant Act 1985, which imposes a duty of care upon a landlord to keep the structure and exterior of a property in repair, as well as ensuring installations which supply essential services remain in proper working order.

What does the future hold for the database?

There are hopes for the full database to become public, however some local authorities are already releasing data on their rogue landlords. Sadiq Khan, Mayor of London, has published the Rogue Landlords and Agent Checker, which allows residents to check letting agents and landlords which have been fined or prosecuted by the London Borough of Brent, Camden, Greenwich, Islington, Kingston, Newham, Southwark, Sutton, Waltham Forest and Westminster, with talks for all the remaining London councils to be brought on board with the scheme.

With an emphasis on rogue landlords and letting agencies, there have also been calls for a rogue tenant list. Many landlords are left with rent arrears or destroyed properties as a result of rouge tenants, as well as many illegally subletting properties and making a profit. Emma Lunn, former editor of the Landlord Today supports a call for a register of rogue tenants and asks: “If the government is keen on protecting tenants from rogue landlords, why not protect landlords from bad renters too?”

If you’re selling a rented property, or are selling your home because you’re emigrating overseas, are going through a divorce, or need to avoid repossession, then a quick house sales company could be the solution.

At Good Move, we could purchase your home in just 7 days. To sell your house fast for cash, get in touch with us today.